I love the Salisbury Writers' Festival, and this year I was delighted to be a speaker! 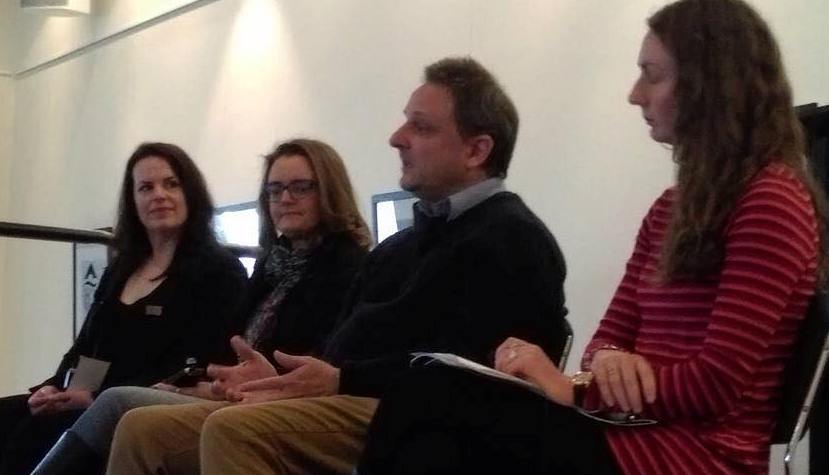 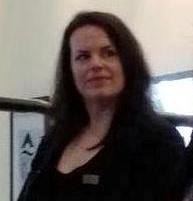 Stephen Orr, Danielle Clode and I were panellists for the session Research in Fiction, chaired by the lovely Kristen Weidenbach. I discussed the joys of building your own cult plus the analysis of cold-reading techniques as used for the basis of The Fortunes of Ruby White. I also touched on the current groundwork areas for my next two books, including street art, small town life, smoke inhallation, creeping figs, and the insane world of cake decorating.

Here I am, listening to Stephen tell us that he never does any research at all. 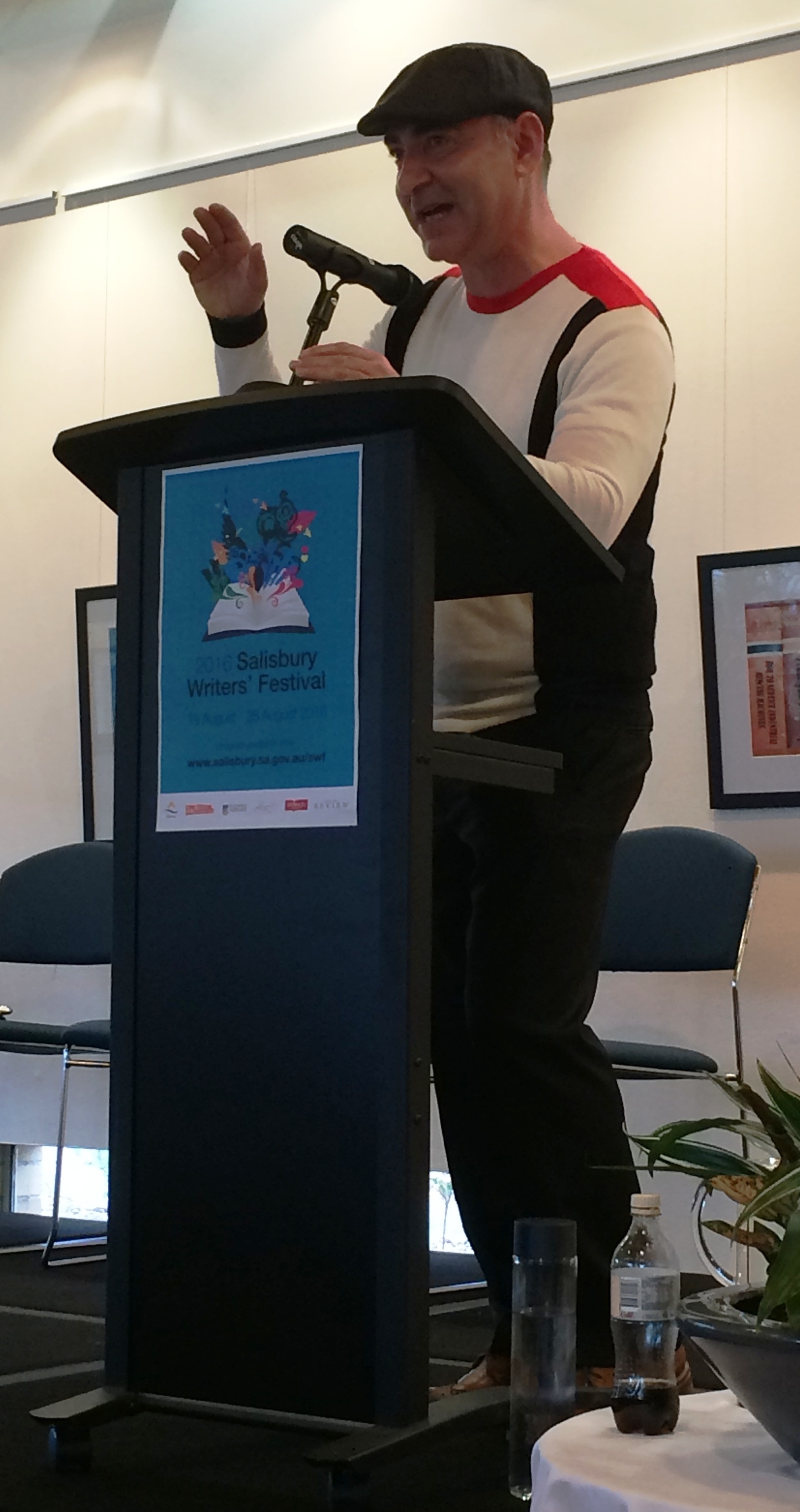 Mark Dapin kicked the day off with an excellent opening address covering all the mistakes he's made in his publishing career. Four interesting facts about Mark:

2. He invites people to edit his Wikipedia page. At one point, it stated that he was hatched in 1063.

3. He broke his Ned Kelly award trying to open a beer bottle with it.

4. He was hospitalised for a heart attack, which turned out to be indigestion.

If Mark ever puts out an autobiography, buy it. 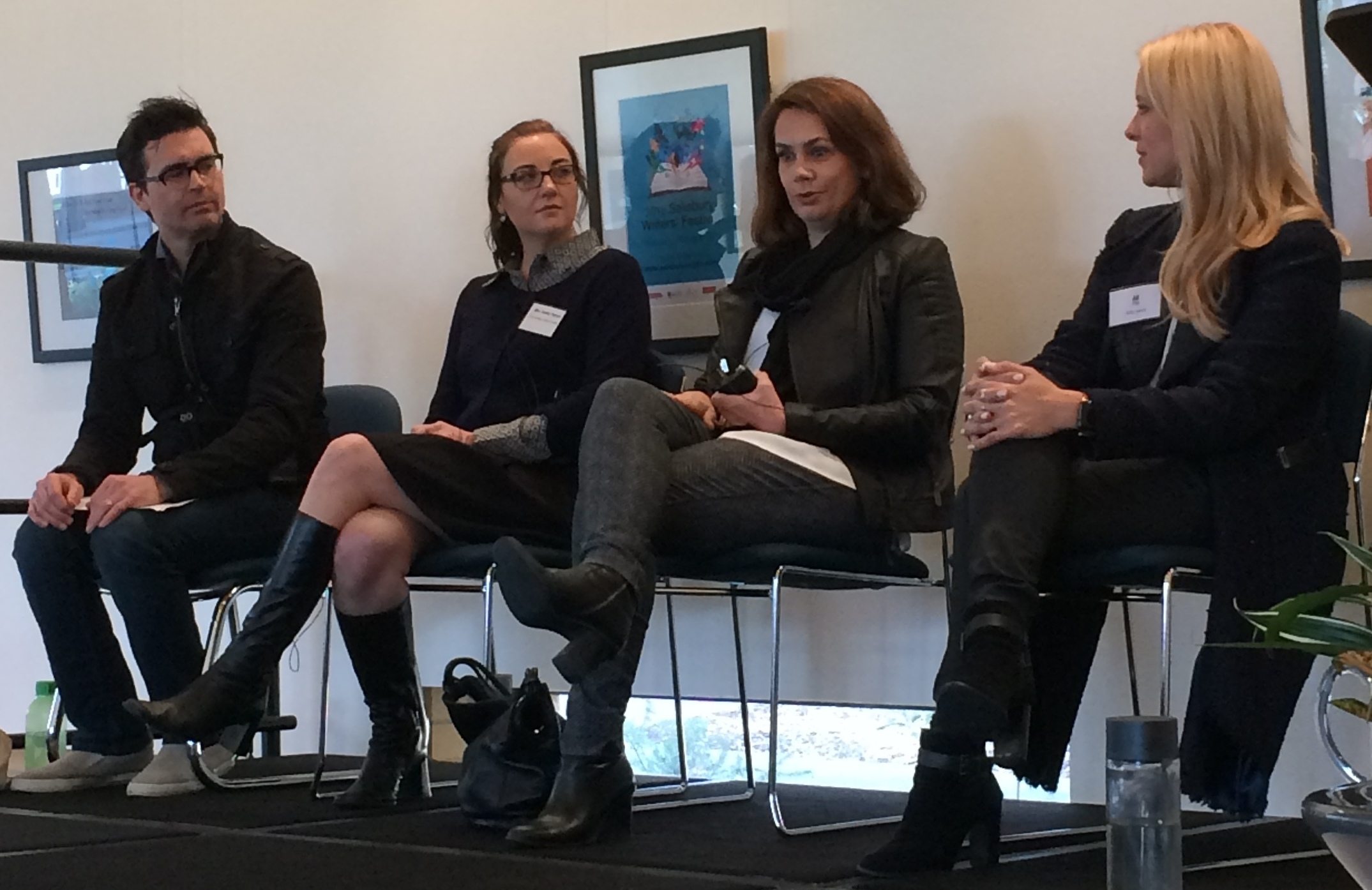 In the Literary Mags and Blogging Panel, Shannon Burns, Kathy Parker, SA Life's Jacqui Harbison, and Glam Adelaide's Kelly Noble (right) discussed finding your audience, literary magazine submissions (tip from Shannon: if you're being rejected repeatedly from lit mags, it could be sign you're not reading them) and more. Did you know Glam Adelaide started because Kelly wanted a media outlet which concentrated on good news? How lovely is that? 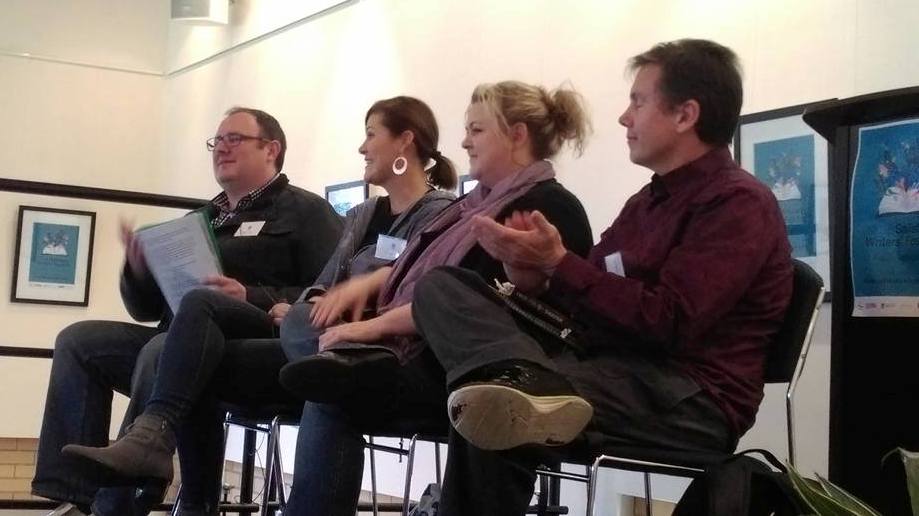 In the Children's & YA panel, Adam Cece, Katrina Germein, Tania Ingram, and Cameron Raynes tackled the old question: why do people think it's easier to write for children than for adults? We learned that Tania was told by a publisher that the word 'bellybutton' was pornographic, and Cameron, an award-winning author, was told (also by a publisher, presumably not the same one) that his book idea was terrible and no one would touch it with a bargepole. I also learned how much regional accents can affect books written in rhyme; it can be make or break for a verse depending on whether you pronounce 'again' as 'a-gen' or 'a-gain'. (Cue everyone reading this saying the word out loud.) 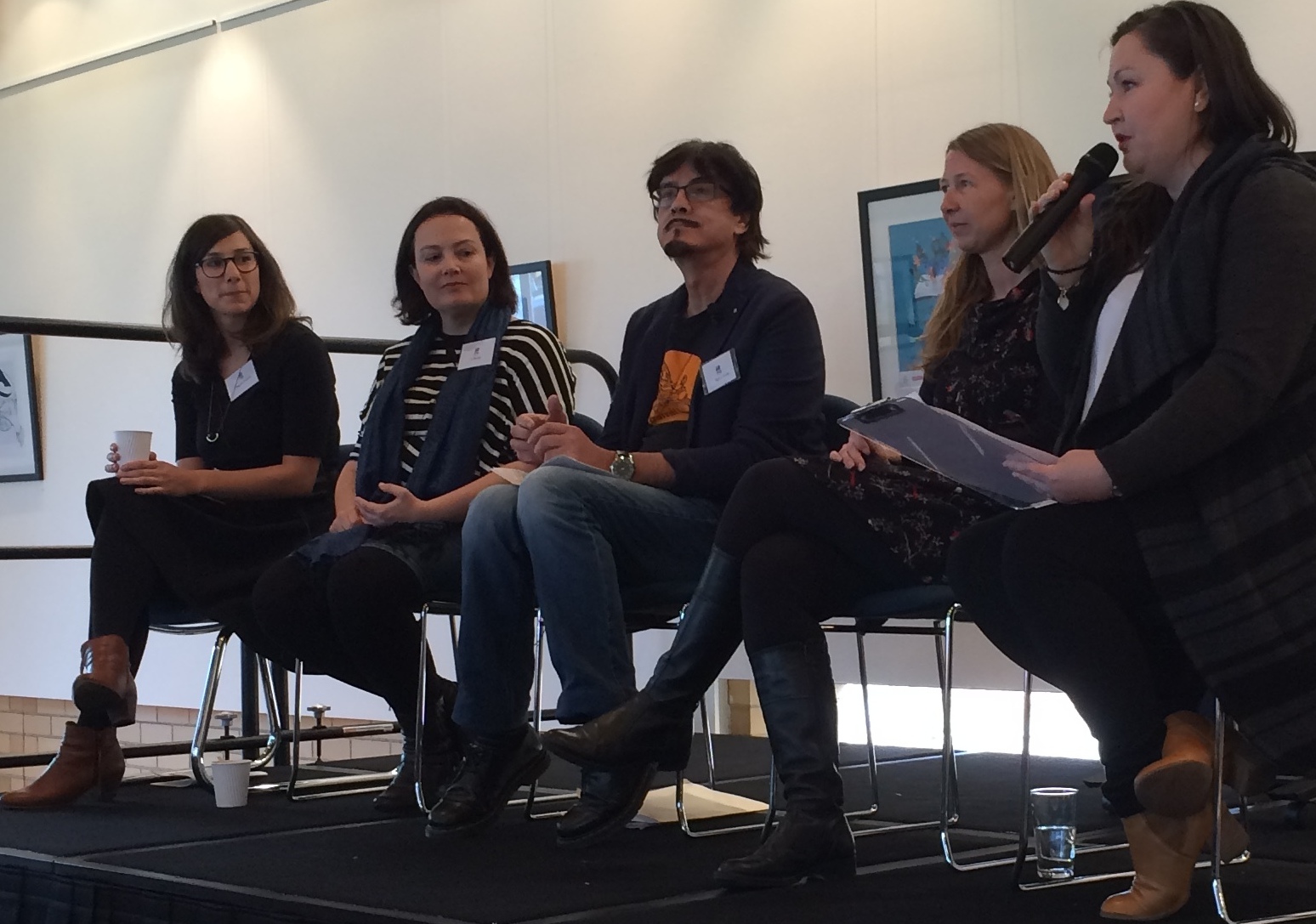 The Panel of Publishers was, as usual, both popular and illuminating, featuring Marisa Pintado from Hardie Grant Egmont (who, a few days after the festival, was announced as their new publishing director - congratulations, Marisa!), literary agent Jo Butler, Anna Solding from Midnight Sun Publishing, and Barry Scott from independent press Transit Lounge (which can also now boast a Miles Franklin winner in its author lists as of this August).

One of the best features of the Salisbury Writers' Festival is the Five Minute Pitch, which gives you the chance to pitch to your chosen publisher or agent. This year, we were delighted to hear from two local writers who've been published because of successful pitches, so if you're considering going next year and have a work in progress, do it! You have nothing to lose.

The day closed out with the super-popular First Page panel, where the publishers went over a selection of first pages (anonymously submitted by festival-goers) to either praise or shred them. Art is subjective, and this session always demonstrates that principle in spades. This year, there was actually far less shredding than usual. (Could this be due to the absence of a regular publishing panelist? Probably.) At any length, it's a brilliant way to get feedback on the opening of your novel, which is such a critical thing to get right.

The only sad note of the day was that it was last festival for the Time Nazi (a.k.a. Nichola Kapitza). Farewell, Time Nazi! We will miss you appearing like a pink mirage on the edge of the stage when people are talking for too long, and your ruthless scheduling efficiency.

The Salisbury Writers' Festival is a brilliant place to meet your Twitter peeps in real-life and make new friends, too, especially as no-one sympathises with the word 'synopsis' like another writer. Roll on 2017! (And I'm voting for scones again for morning tea. Scones are the writer's panacea when it's too early for wine.)

Thanks also to Allayne Webster for the photo of my panel plus the YA speakers. :-D