While many writers' festivals tend to be primarily aimed at readers (remember: all writers are readers but not all readers are writers), the Salisbury Writers' Festival is perfect for those who like to put pen to page and fingers to keyboard or touchscreen.

It's incredibly friendly, very well-catered (more important than you'd think, as those who've been stuck at a conference with only limp egg sandwiches can tell you), and run with clockwork efficiency by the Time Nazi (a.k.a. Nichola Kapitza) and her team. The Time Nazi appears like a pink well-shod mirage at the edge of the auditorium to let speakers know their allotted time is over. If they don't wrap things up, she slowly edges her way towards the stage until she's within microphone-grabbing reach. (Most presenters take the hint by then, but there was a memorable year when she basically had to wrestle someone off the platform. It was awesome.) 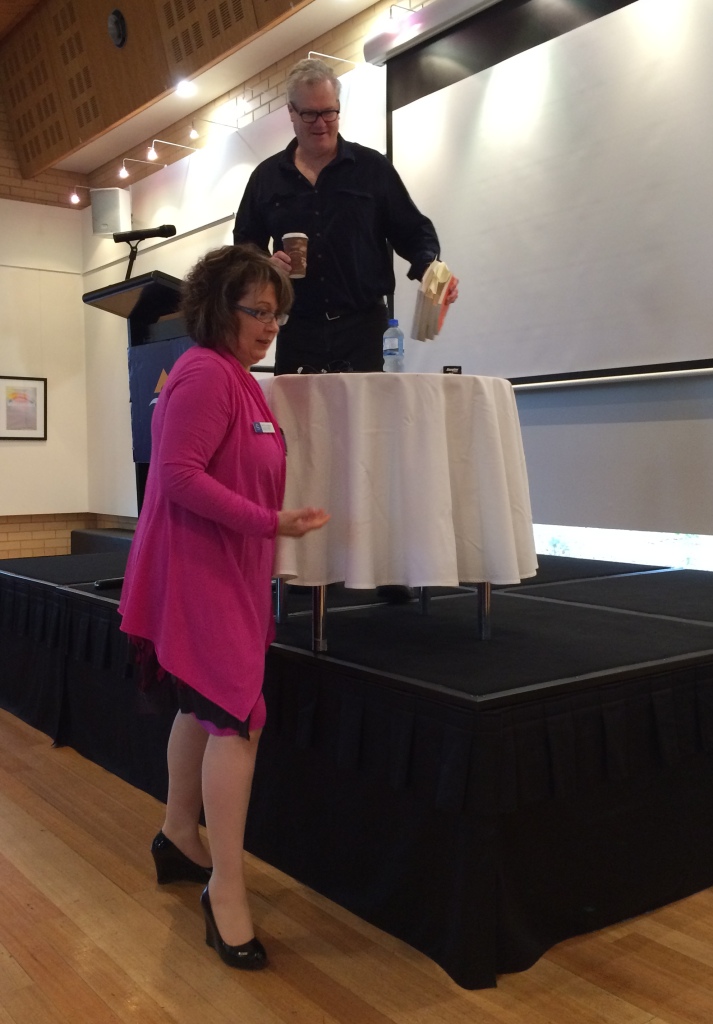 Anyway! I headed along for the Saturday Writers' Forum (and, for once, managed not to arrive half-an-hour early, so we were off to a winning start). William McInnes kicked off the day with the keynote address. (Like Troy McClure, you might remember him from shows like Seachange and Blue Heelers.) McInnes is a born storyteller, and he was great fun. (Trivia tip 1: many people apparently go to his book signings to tell him that he used to be handsome. "What happened to you, darling?" Trivia tip 2: people can be jerks.) 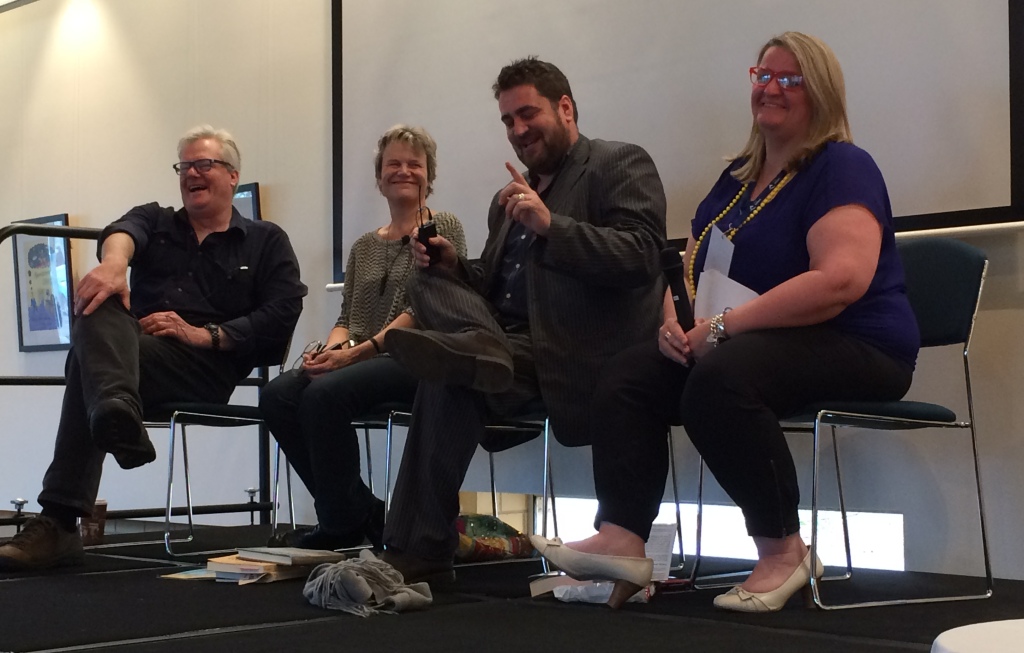 The second panel -- Writing As Therapy -- was hosted by the awesome Allayne Webster and featured McInnes along with Jane Turner Goldsmith and David Chapple. The discussion centred around how writing can be born out of difficult circumstances, and whether it has therapeutic benefits. There were some lovely insights from all of the panelists, including David's reflections on working with writers in the prison system. 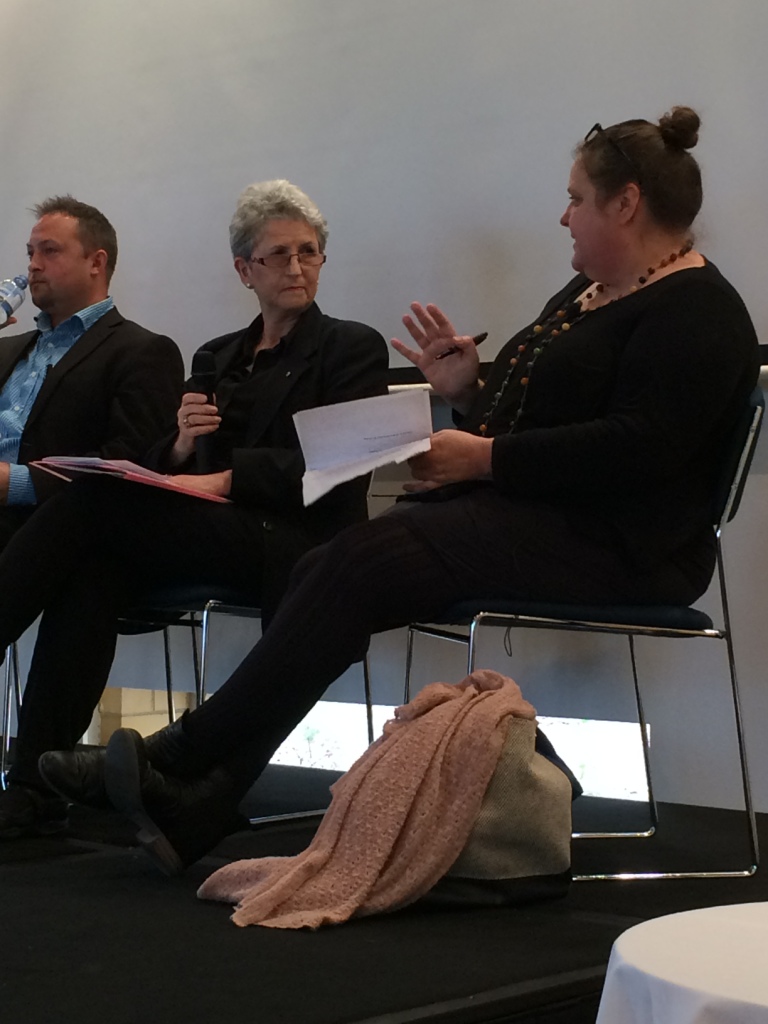 After morning tea (scones! jam! proper coffee! be still, my beating heart!), the discussion turned to what happens once your book is out in the wider world. How do you publicise it? How do you reach new readers? Local authors Jared Thomas, Kristin Weidenbach, and Carla Caruso joined Mandy Macky, the owner of Dymocks Adelaide, and Sarah Tooth, the Director of the SA Writers' Centre, to discuss the different ways in which authors can and need to promote their work. It's often an area that you don't get insight into, so this was an excellent and illuminating panel. 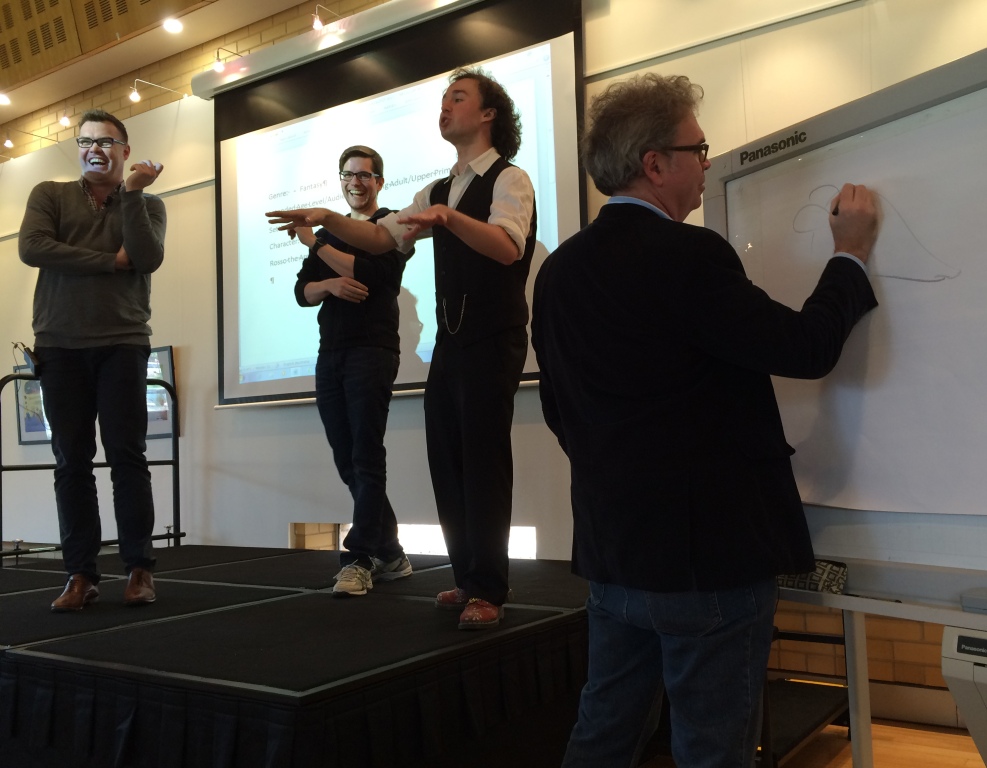 One of the best parts of the festival is the Five Minute Pitch, an incredible opportunity where you get -- you guessed it -- five minutes to dazzle your chosen publisher or agent with your work-in-progress, and hopefully score either an invitation to send in a manuscript or some helpful advice. In seven years of attending, this was the first time that I didn't need to pitch (thank you, Jebus) so I was able to watch the whole post-lunch panel instead of breathing into a paper bag in a corridor. Spontaneous Creation was a total treat: Matt Gilbertson, Ben Chandler and Andrew Joyner joined forces to create a story with help from the audience. Andrew illustrated while Matt and Ben shaped the plot line, and the Time Nazi's energetic son and his floral Doc Martens MCed the event. There were armadillos, scene-stealing little girls, silent movies, blackmail and people being tied to train tracks. As Matt said, "Now that's Shakespeare!" 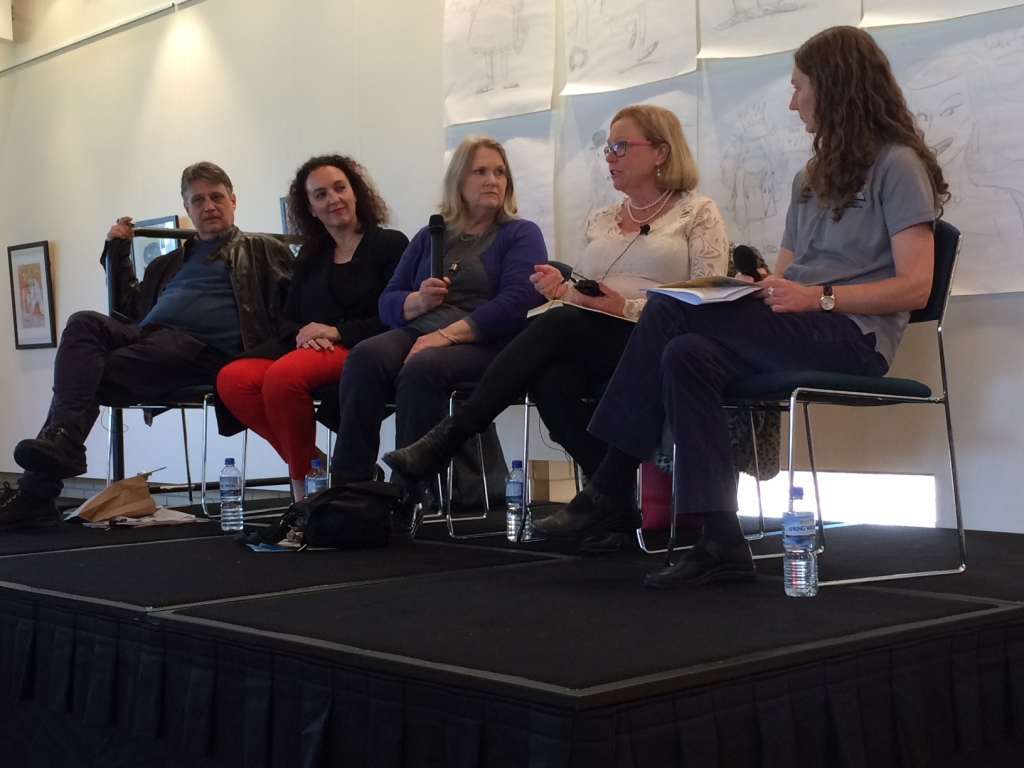 The Panel of Publishers is always a highlight, as it's a chance to hear directly from industry professionals. Leonie Tyle from Tyle & Bateson Publishing, Michael Bollen from Wakefield Press, Sophie Hamley from Hachette Australia, and the slightly terrifying Dyan Blacklock discussed what goes on behind closed doors at a publishing house, including snippets about why books get picked up (or don't). This panel is also always good for at least one snippet of gossip. (We literary people are not immune. If all else fails, we can pass our curiosity off as 'research'.)

Finally, the super-popular First Page. How does it work? Before the SAWF, you submit the first page of your manuscript anonymously. From the submissions, about 25 pages are picked. The panel then goes through them, picking out highlights, pointing out problems, and saying if they would bother to read on, and why (or why not). If your page is on the list, it can be either a crushing or encouraging experience, depending on feedback. (People usually don't cry, though I did see that once.) Of course, the First Page is also stuff of legend now as it was how the brilliant Vikki Wakefield's debut YA novel (All I Ever Wanted) was discovered. (This was the same year that I submitted the first page of The Fortunes of Ruby White. It didn't get picked. So there you go.) 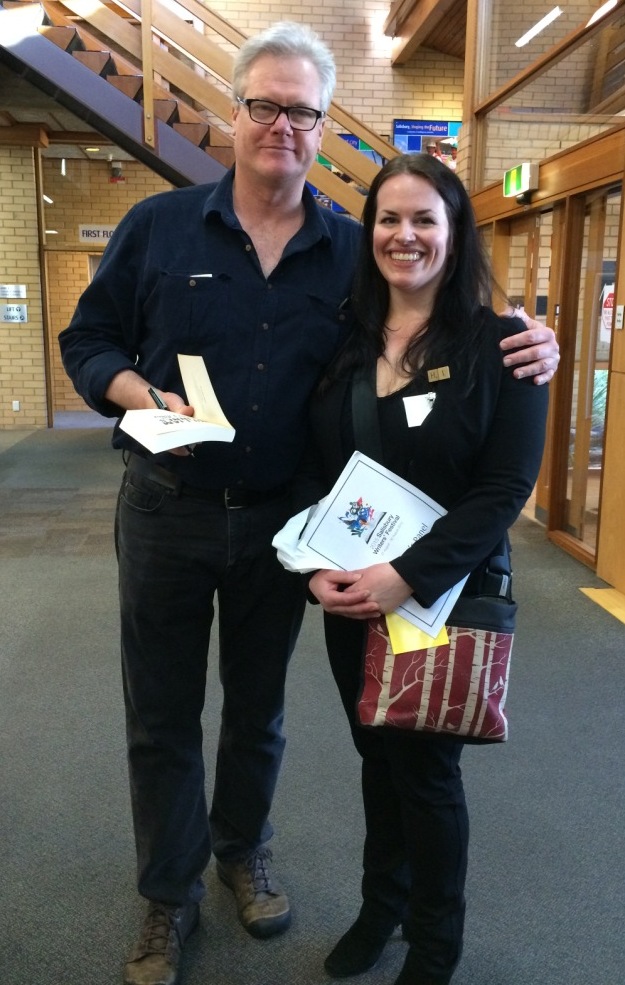 It was awesome to catch up with other festival-goers -- it's like a small annual club of people who understand that "So, how's your book going?" can be a loaded question. Fingers crossed that everyone who pitched had a good outcome. Roll on next year! Me, fangirling at Mr McInnes. (Trivia tip 3: he is very charming, very tall, and has an impressively sonorous voice.)